The stratagem of the title is a crafty ploy by Bailie William Provan to become the next town provost by scandalizing his deadly rival, Bailie Ross, while avoiding the clutches of Constance, an unwanted admirer, who also happens to be Ross’s daughter.

After a fire has damaged army barracks close to the town, officers have been temporarily quartered in the private homes of prominent citizens. Never one to miss the chance of some prestige, Provan anticipates a general, but instead ends up with a lowly ensign. Worse still, Ensign Crawford has had the temerity to fall in love with Provan’s daughter, Anne, and a lowly ranking son-in-law is the last thing Provan needs.

Crawford is about to return to his barracks, which is bad news, not only for Anne, but for her maid,  Beth, who has fallen for Crawford’s servant, Corporal Kerr. They will all be parted unless they can make sure Provan wins the election and Crawford gets a swift promotion.

When Provan mistakenly thinks that Constance has turned her attention to Ensign Crawford, his eagerness to accept anything that chimes with his ambitions result in a spiral of romantic misunderstandings and hilarious complications. 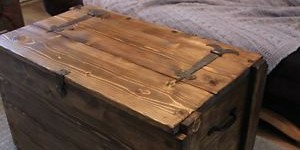 The Comedy of the Marks